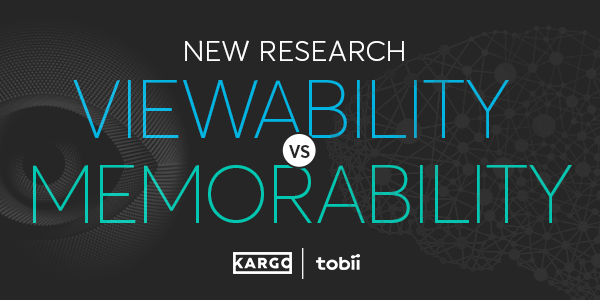 We are excited to release our Viewability vs. Memorability Report, in partnership with Tobii Pro Insight. While viewability has traditionally been used as a metric to gauge a digital advertising campaign’s success, our latest research found viewability does not directly correlate to memorability and visibility does not automatically yield higher user engagement.

According to recent data, Americans are exposed to anywhere between 4,000 to 10,000 ads each day, yet, few of us can actually recall a single ad that we have seen in the last 24 hours.

Our research identifies the correlation between viewability of an ad unit and its memorability, taking a look at which digital environments actually deliver the most ad viewability: large format and pinned mobile web, Instagram, mobile gaming apps and desktop. The findings then determined if viewability in those environments truly translated into attention and memory. Other forms of digital ad measurement were also looked at, such as share of page, share of session, and ad effectiveness in gauging the memorability of the ads tested. 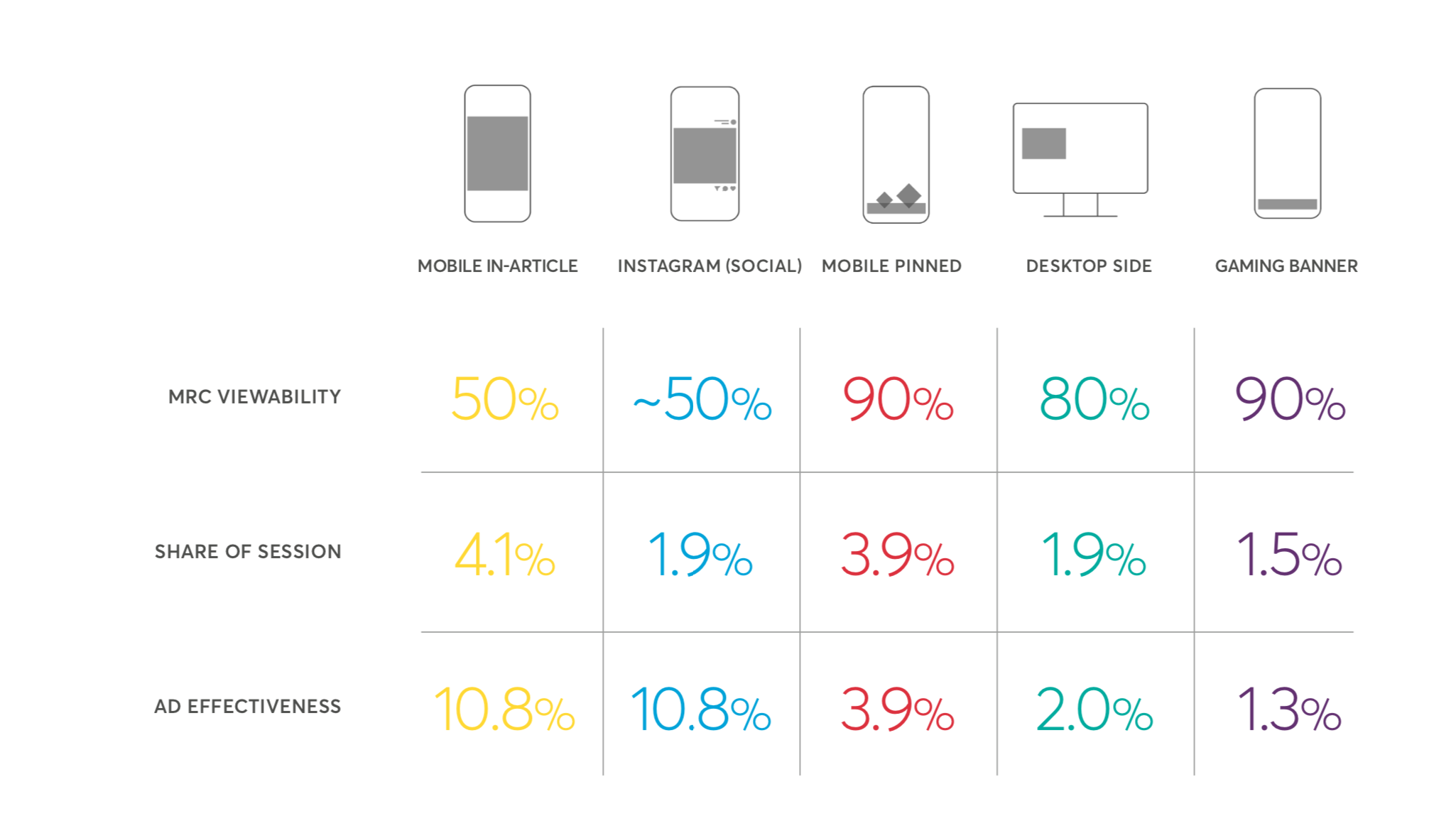 We believe, in order to deliver a successful ad experience today, brands need to consider if their creatives actually depict a clear message and resonate with consumers. Our research shows that factors such as ad creative, messaging, placement and the digital environments in which brands advertise in can lead to building greater brand awareness. The fragmentation of today’s media landscape has changed consumers’ consumption habits, and in order for brands to break through today’s attention economy, it takes nothing short of “thumb-stopping” creative to garner recognition.